How does Muslim from Malaysia obey to Halal rules?

Hello. I am Shakir from Malaysia.

In general, Islam is known as one of the most prominent religion in the world in particular its population. Like others, we, Muslim, are limited to our certain behaviour 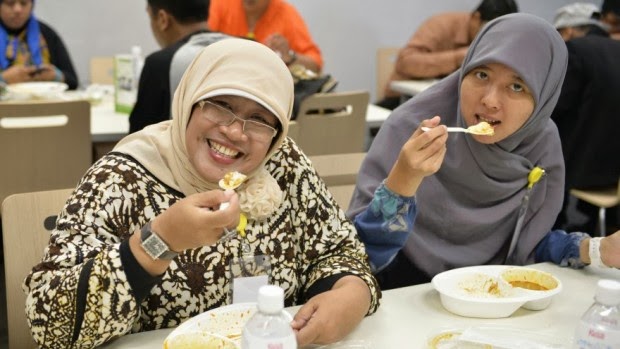 . One of the most significant rules is an eating habit. We cannot eat anything but Halal food. Then, you may come up with the question: what is a halal food?

Halal is the allowed rules in Islamic regulation, and shows what Muslim can eat in accordance with Islamic regulation. Not only pork but also processed and prepared foods and drink are required to certain degree of Islamic regulation. As you know, one of them is alcohol. In addition, we have to confirm ingredients made of food. In Malaysia, food are labeled as Halal food, whereas in Japan there are very fewer. That’s the most serious problem for Muslim in particular Muslim who cannot read Japanese.

However, the information relating Halal food is easily acquired due to the informational technology as long as you can search on the Internet. Indeed, it is easy to find out some Halal restaurants and shops in Tokyo, Shinjuku, and Akihabara. Furthermore, the facebook’s fan page of Halal Japan exists, which enables Muslim to distinguish from Halal food. Thus, if Muslim would like to cook by themselves, they can order Halal ingredients on the Internet. In conclusion, it can enable Muslim to enjoy life in Japan without any concern about Halal.
投稿者 アジアクリック 高橋 学 時刻: 10:03 0 件のコメント:

The Top 3 Asia Social media Articles In Accordance With Popularity

I am the CEO of AsiaClick, Manabu Takahashi, and would be most grateful that you spent a fabulous beginning of 2014. As a greeting from AsiaClick, the snapshot of the provided social media information during 2013 will be introduced to you.

The Top 3 Articles In Accordance With Popularity

The Three Seminars Will Be Organised In This Month!

8-9pm Thursday 24th January 2014
Have Over 100 Friends In Asia Via Social Network Service! The status quo of Indonesia, Thailand, Malaysia and Singapore will be oriented by Manabu Takahashi, who is a specialist of SNS in ASEAN.
https://www.facebook.com/events/186120938255737/

7-9pm Thursday 30th January
Gain Better Understandings of Tourists from Indonesia
The big shift from China to ASEAN occurred last year, which implies that business via SNS successfully leapfrogged thanks to the growth of tourists and consumers in ASEAN.

The trend will obviously accelerate this year, so information of trial and error case studies in ASEAN will be provided continuously from now on.

May wish a goen, a kind of fortune to work with you.

Not LINE? Then, what apps for chat are popular in each of Thailand, Malaysia, Singapore and Indonesia?

The apps which are used very well in ASEAN will be introduced this time. 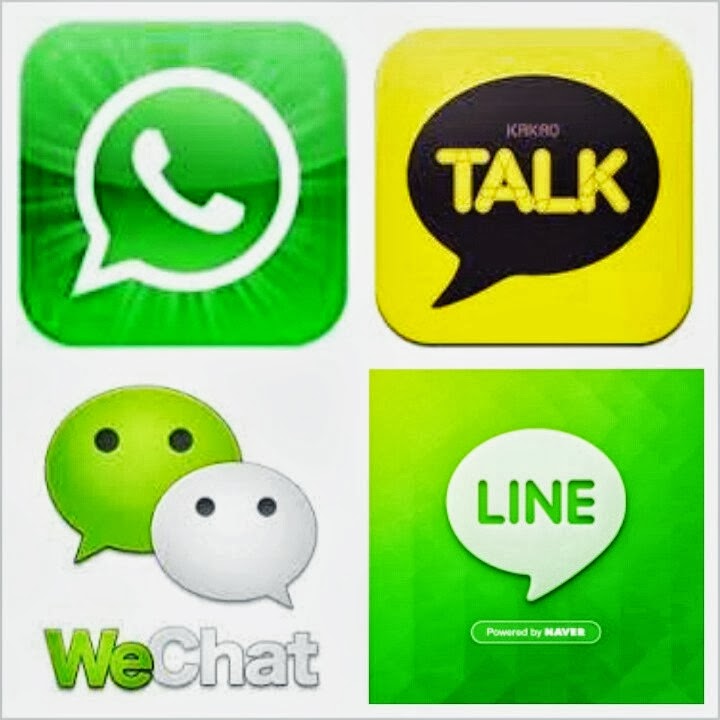 LINE is used most in Japan. There is some evidence that it is popular in ASEAN as well, but it also faces the difficulty perhaps under the process of penetration. The most stunning reason is the pre-existing apps whose functions are quite similar.

Users easily do chatting as long as it is installed. In addition, you can see whether the receiver read your message or not like LINE function. It is so light, and focuses on chatting function without games and social networking services. However, you can send easily picture, video, music, and map.

2)     BBM (blackberry messenger), which is more important than the mobile number in Indonesia

BBM allows those who use blackberry in common to chat for free. Interestingly, instead of say hello, the term “Could you let me know your BBM PIN?” are exchanged in Indonesia. However, recently, iphone and android has got more popular than blackberry actually.

3)     WeChat, which is regarded to be must-apps in China, and the real rival toward LINE as well

It has all the functions of LINE, and also connect with those who are around user due to locational information function. Surprisingly, it ranks 5th worldwide. That implies more than 25% of those who use smart phones use this app.

On the other hand, LINE is spread broadly in Thailand because character stamps are quite cute, otherwise family and friends use it. Thus, whether those who are around you use the app or not matters.

4)     KakaoTalk, which is the most popular app in South Korea

Like LINE and WeChat, its functions are almost the same. However, it is still popular among some who have linkage with Korean in Vietnam and Thailand.

When it comes to game, Candy crush saga, a kind of puzzle game connected with facebook, is played very well. Regarding pictures, Instagram is widely used, and Pinterest is also popular among ladies in particular to Malaysian women. In terms of anything else, Path, which imposes on the limitation of only 150 friends, gets popular in Indonesia where facebook has already been tiring.

The Latest Information about Big 5 EC Websites in Indonesia. Surprisingly, a certain biggest Social Networking Service has already been ready for the market????

Recently Indonesia has been paid much more attention as the bigger growth market. In spite of the lower penetration of Internet (about 20%), it is worth to keep paying attention to the nation owing to the fourth biggest population, 250 million people, and the number of facebook users with the big population. Indeed, EC website market blooms such as Rakuten Indonesia with cash on delivery system.

This time the main 5 EC websites in Indonesia are going to be introduced. 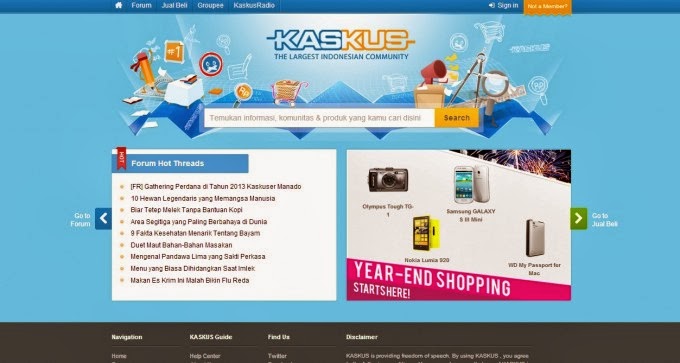 The biggest bulletin board is provided by Kaskus. The practical figures illustrates that UU is 30 million per month, PV is 1 billion, and income is 7.5 billion IDR. Its unique settle account system of KasPay is achieved success as EC website.

TokoBagus is another C2C marketplace which is which is confidently rising to the top in Indonesia. Users can post their ads for free there. The company itself is quite aggressive in placing their video ads everywhere.
Alexa Ranking: 891th. Indonesia Ranking: 15th

Berniaga is said to be a kind of C2C’s EC website, introduced 15 thousands products per day, and operated by both Singapore Press Holding and Schibsted Classified Media in Norway.

TokoBagus makes much of ads the most, whereas Berniaga is not very well known due to lack of ads.
When it comes to usability, it is the worst to use Kasukus. So it is expected to develop the system and function. Furthermore, how to connect EC website with its considerable amount of information from the biggest bulletin board can be a main key point.

4.     Multiply
Like Taobao in China, Multiply encourages users to create their own shops. Regarding payment, cash on delivery systems, credit cards, and budget accounts can put into practice. Since 2013, Multiply has transformed from weblog service to this EC website.

5.     Bhinneka
Bhinneka is the biggest EC website to be sold electrical appliances as B2C. In addition, it has launched the C2C website of Bursa Bhinneka since 1999.
Users can pay by either credit card or cash, and get products for free in Jakarta.

There are 47 million people who register facebook in Indonesia. Some companies have already provided users with the online shopping system of shopping cart just like amazon as it occurs in Singapore and Malaysia.

The infrastructure of EC website system has successfully developed, even though Indonesia is a quite big country. In addition to cash on delivery systems, credit cards, budget accounts, free delivery services, bike delivery services are sharply penetrated as well. With this trend, specific EC websites such as for baby products, fashion items, gifts are likely to increase.

As can be seen from the success in China, firstly getting at consumers and their behavior toward products via social media such as facebook is required. Secondly, your products should adapt to the local demand while you store the knowledge and skill. This procedure promisingly leads you to achieve success in Indonesia!
投稿者 アジアクリック 高橋 学 時刻: 1:50 0 件のコメント: